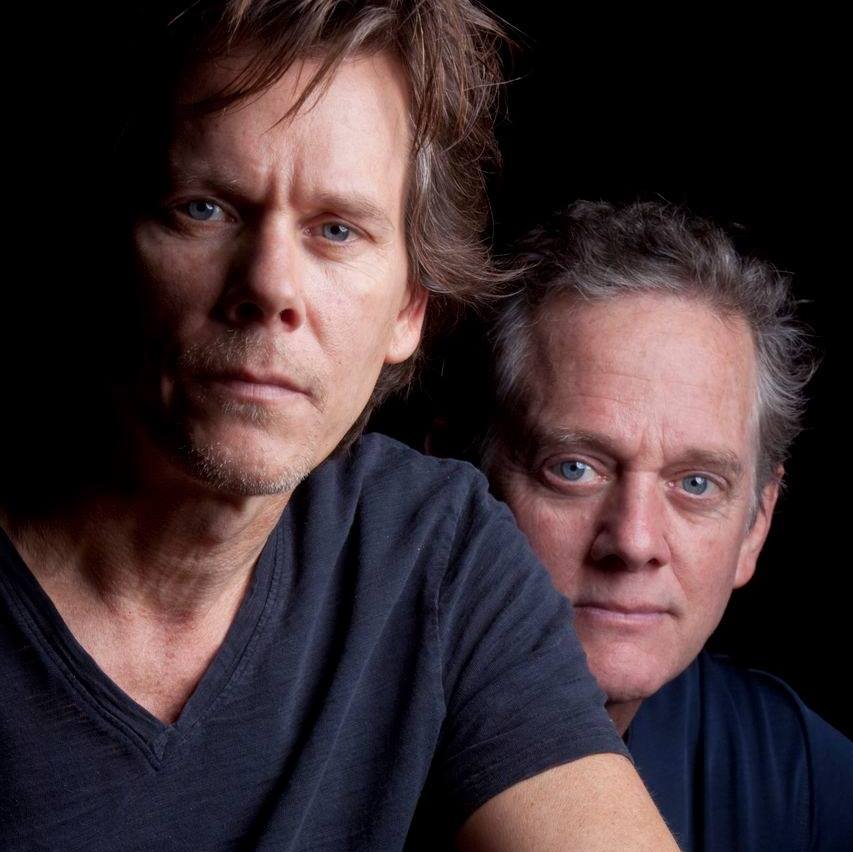 Known for his movies such as “Footloose”, “JFK”, “A Few Good Men”, “Apollo 13”, and “Mystic River”, KEVIN BACON and his brother Michael have been writing songs and playing music together since about the same time they may have been fighting over Lincoln Logs or little green Army guys. In fact, the cover of their first album, Forosoco, shows as much; the picture, taken in 1972, shows Kevin and Michael onstage playing congas and guitar, respectively. It’s an art they’ve refined over three albums and in the 50 to 60 shows they play each year. And with each album and tour, The Bacon Brothers move further away from perceived “don’t tap on the glass” sideshow to a “raise your lighter and sing along” rock band, garnering fan after fan and shattering the obstacle of perception.